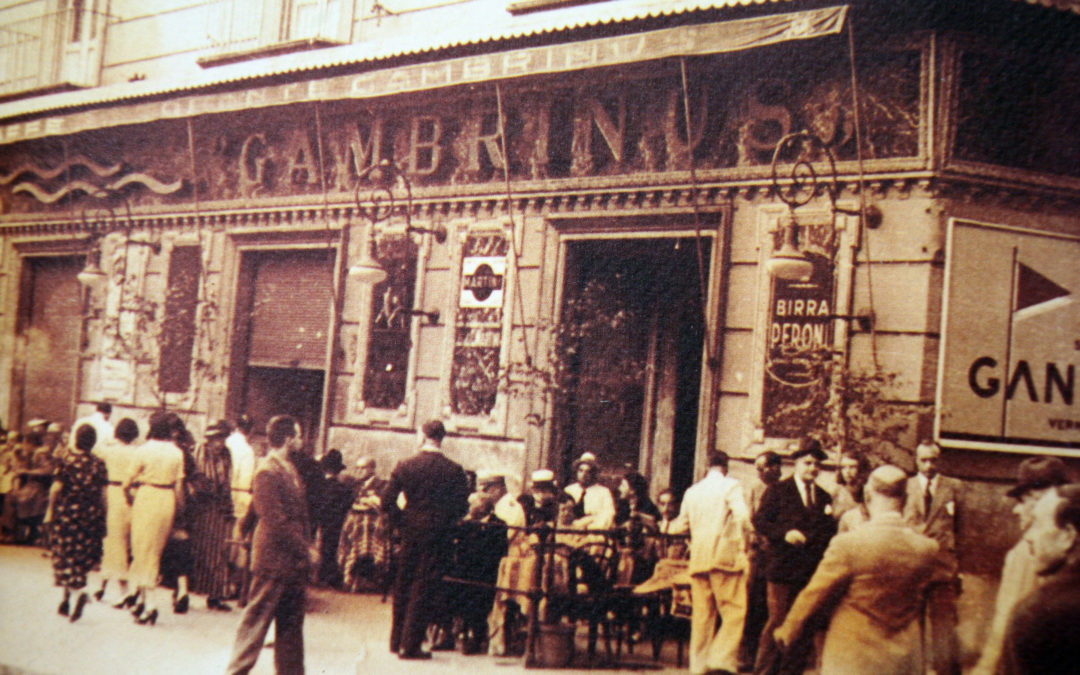 The twentieth century was for the Neapolitan coffee a century undoubtedly interesting, full of stories and news. It was unknowingly the most important social catalyst for Neapolitan families because around, first of all the cuccumella (the Neapolitan café) and then the moka, the Neapolitan families gathered to talk, discuss and share joys and sorrows. In short, it is in the last century that these behaviors of the Neapolitan people, linked to the cup, very interesting from the anthropological and social point of view, have created a real ritual known and appreciated not only in Italy but throughout the world.

Along the axis of via Toledo and above all in the Spanish quarters there were many small roasting (in the low ones) where coffee was mainly purchased because the big companies were still not widespread.

The coffee produced here was of high quality: in fact both the housewife but also the bar manager could not only customize the mixture (she could choose between various qualities and various species of beans from various countries) but she could also decide the time and temperature of roasting the beans. It was very suggestive to enter these small laboratories, conducted as a family, filled to the brim with unbelievable jute sacks containing, in fact, raw coffee beans, roasting machines and various grinders. Many elderly people remember with nostalgia the smell of coffee that spread in these alleys.

The habit of drinking espresso coffee spread in bars and cafes. Thanks to the mild climate – which led customers not to spend time in cafes but rather to quickly drink a short coffee to spend as much time as possible outdoors – the Neapolitan espresso became a real cult drunk several times a day. Therefore, the sector’s employees successfully proposed a strong and decisive coffee (with a certain amount of robust species inside the mixture and a cooking of the beans at higher temperatures and for a longer time that give a more bitter taste and a richer taste to the infused black) and with a double percentage of caffeine that gave more charge to those who drank it thus conquering all, Neapolitans and not.

Let us not forget the figure of the street vendor who was walking at night through the streets and alleys of Naples with a bell to recall the possible customers who in the winter evenings used to “correct” coffee with a hint of anise to warm up : hence the name of the famous “Scarfariello”.

In the dairies, customers often asked to add some coffee to the milk to give a richer taste to the Neapolitan breakfasts that consisted precisely in bread dipped in milk.

Even in homes, as already mentioned, coffee was the inevitable drink and it was usually the mother appointed to make the black infusion in the morning – which also served as a “wake-up call” for husband and children – after lunch, the afternoon for guests and even in the evening for those who still wanted a tazzulella and cafè before going to sleep. Calzante is the scene of the famous theatrical work by Eduardo De Filippo “Christmas in the Cupiello house” where Concetta wakes her husband with a cup of coffee (which is then very bad) while her son carries the proverbial ‘zuppa’ e latte.

With the advent of the new millennium the habits change and with greater arrogance coffee capsules and pods are also emerging in the homes of the Neapolitans. Sorry you are losing the magic moment of the preparation of the coffee machine, with the spreading of the whole house of its aroma, an invitation for every family member to wake up and share the breakfast table together.