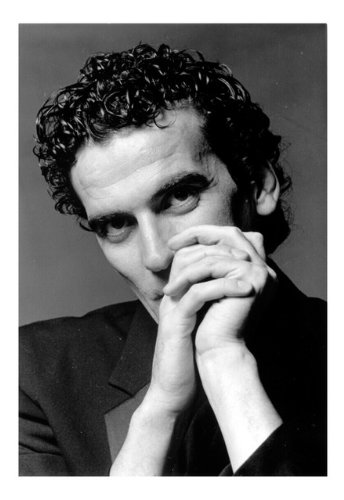 Massimo Troisi and the Neapolitan coffee

Shy, introverted, awkward. Proud,  strong-willed. Dedicated to the Neapolitan dialect. Massimo Troisi, our great Massimo, an icon of the southern young man of the late 1900s, amid insecurities and moral principles, cynicism and generosity. Troisi, with its characters, is probably the most genuine representation of the Neapolitan and of our own city, of the recent past years, those of transition, between tradition and change, centuries-old cultural heritage and new languages, renewed customs. It remains forever in our hearts in spite of the fact that 25 years have already passed since its premature and unjust disappearance. Years certainly a little sadder without him.

Coffee, the quintessential element of the Neapolitan tradition, is constantly present in the Trois work, it is often its silent character, the perfect scene accompaniment, the discreet background of dialogues.

In the 1983 film, the second given to us by Massimo, Excuse the delay, Vincenzo (Troisi) and Tonino (Lello Arena) stage the relational difficulties of two “normal” boys with women, increasingly emancipated, confident, master of their present and desirous of a future as protagonists, in life and in the couple relationship. The story between Vincenzo and Anna (a splendid Giuliana De Sio), between highs and lows, complicity and misunderstanding, suffers from the inability of the young male to adapt and face the most marked personal, emotional and relational maturity of the female homologue. All between one coffee and another! How not to remember a cult passage of the film, where Massimo-Vincenzo makes socio-psychological reflections on the way of drinking coffee, litmus paper of the existential condition of the individual. The scene: after having made love with Anna, Vincenzo wants a good coffee and goes to the neighbor’s kitchen (an elderly professor, single and often absent from home, to the joy of Vincenzo who, in possession of the keys to the apartment , he uses it – with maniacal attention, care and prudence – for his illegal immigrant encounters with Anna) where – tragedy! – only a moka from a cup is found. Hence the observation of the great Maximus: the smallest machine, he says, “is the maximum of solitude”: not only do you live alone (referring to the mature landlord), but you also preclude the possibility of receiving views, of offering a coffee to a possible guest. Drinking coffee is the expression of socializing for the Neapolitan, pleasure to share, minimum and maximum action of the social animal (which is the Neapolitan). It is not possible, in short, for Vincenzo, to have at home only one moka from a cup, means to have a relational problem, to exclude the possibility of hosting people, to offer them the usual, cordial and obligatory coffee!

In 1991 I thought it was love instead it was a gig, perhaps the most complete work of Troisi sull’Amore, a feeling analyzed in its various facets through meticulous introspective investigation by the protagonists of the film and their way of understanding and living their own loving torments. The film is a real pearl also embellished by the unforgettable and poignant musical theme of the great Pino (Daniele), a great friend of Troisi with whom he, individually, shared a mischievous “dancer heart” that has, for both, marked the path of ‘existence. Still the coffee among the protagonists of the story in which Tommaso (Troisi) runs the risk of passing to a better life: the younger sister of his best friend, in love with him, tries to kill him by giving him what? But a cup of poisoned coffee, of course! Who wants to poison a Neapolitan knows that at least one coffee will drink it during the day. In the same film the beautiful Francesca Neri, in the role of Cecilia, in a wedding dress reaches Tommaso at the bar after he has deserted the altar and, at the invitation of Troisi who asks her what she wants to take, replies firmly: “a coffee”.

For every Neapolitan any time is appropriate to put up an espresso, even the most painful ones. Could it be that the strong and intense taste of our espresso helps to overcome the bitterness of life? We like to think that Massimo thought this way and that he is looking at us all, posing one of his proverbial smiles – a little sad, a little mocking – while he is enjoying his cup of coffee!

A special classification for Neapolitan coffee