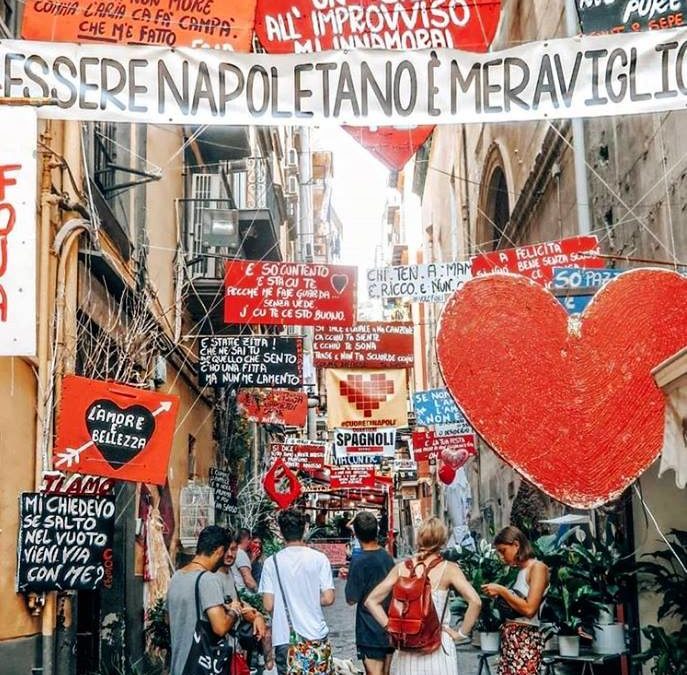 Dear readers, today we propose three beautiful and intriguing stories of Neapolitan loves for which “galeotto” was the coffee, protagonist among the protagonists of the sentimental affairs in question, to constitute a metaphor of people and a conscious tool and not for the manifestation of passion.

‘A tazz’ e cafè “was written by Giuseppe Capaldo (author, among other things, also of the very famous Comme facette mammeta) in 1918 and music by the Cavaliere Vittorio Fassone. Sung for the first time by Elvira Donnarumma, one of the most beloved of the Belle Epoque, at Bellini Theater in Naples, the piece was later interpreted by the greatest (without wishing to forget someone, Roberto Murolo, Claudio Villa, Milva, Gabriella Ferri, The Renzo Arbore Italian Orchestra). Perhaps not everyone knows that the song finds inspiration in a real story. At the beginning of the 20th century, at the Caffè Portoricco in via Guglielmo Sanfelice, in the center of Naples, the beautiful and courtious cashier Brigida, who, in a decisive, harsh way, keeps the many suitor. Among these our Giuseppe Capaldo who, broken but not defeated, decides to dedicate the famous song to her. Often drinking a coffee the first sip is more bitter; you have to turn it well to mix it with the sugar that tends to settle on the bottom of the cup. However, Brigida, in the text, is compared to just a cup of coffee: bitter in appearance (like the first sip of coffee), sweet at the bottom (like the coffee after it is repeatedly turned). Seemingly rough and unfriendly, the beautiful Brigid, for the Author, if courted with patience and wisdom, will finally show itself sweet and lovable. . Ma cu sti mode, oje Bríggeta, tazza ‘e café parite: sotto tenite ‘o zzuccaro e ‘ncoppa amara site … Ma i’ tanto ch’aggi”a vutá, e tanto ch’aggi”a girá … ca ‘o ddoce ‘e sott”a tazza, fin’a ‘mmocca mm’ha da arrivá!

Sofia Loren and Vittorio Gassman in the movie “These Ghosts”

She who embodies the prototype of Mediterranean beauty and Neapolitan woman can not but love Neapolitan coffee, to the point that in the film “These Ghosts” (taken from the homonymous Eduardo comedy) of 1967, with its verve, its busty femininity , initiates a dialogue on coffee at the nearby Pasquale (interpreted by Vittorio Gassman) dispensing wise advice of Eduardiana memory on how to prepare it: the right cooking point, the color of the coffee “a cloak of monk”, the cuppetiello that serves as a stopper on the spout of the “Neapolitan” (the traditional cuccumella, dominating until the advent of the moka). After all, the perpetuation of our historic culture of coffee inevitably passes from the “duty” that the Neapolitan woman has to create the best coffee for the guest on duty. To this the Pasquale responds with a true declaration of love of other times: after having praised his qualities, bachelor and placed, tenor at the San Carlo with fixed salary, of excellent health and sincere feelings, asks her to marry him . Maria (interpreted by Loren) accepts the proposal. The young couple will live in a building that is believed to be “haunted”. In reality the ghost is a suitor of Maria, the rich Alfredo, played by Mario Adorf who will put their love to the test.

In the 1983 film, the second given to us by Massimo, Sorry for the delay – a highly appreciated work by critics and box office where the actor-director’s hand is decisive and decisive, between fixed and prolonged shots, brilliant, dialogues – Vincenzo (Troisi) and Tonino (Lello Arena) staged the relationship difficulties of two “normal” boys with women, more and more emancipated, confident, master of their present and eager for a future of protagonists, in life and in the relationship of the couple. The story between Vincenzo and Anna (a splendid Giuliana De Sio), in particular, discounts the inability of the male to adapt and face the most advanced personal, psychological, relational and affective maturity of the female, between ups and downs, complicity and misunderstanding . Between a coffee and another! How can we forget a cult passage of the film, where Massimo-Vincenzo works socio-psychological reflections on the way of drinking coffee, a litmus test of the existential condition of the individual. The scene: after having made love with Anna, Vincenzo wants a good coffee and goes to the kitchen of the neighbor (an elderly professor, single and often absent from home, for the joy of Vincenzo who, in possession of the keys of the apartment , he uses it clandestinely, but with maniacal attention, care and prudence, for his amorous encounters with Anna) where – tragedy! – only a small mocha is found, from a single cup. From here.

The 5 rules for a coffee to be gourmet

The secrets to cleaning coffee machines at home