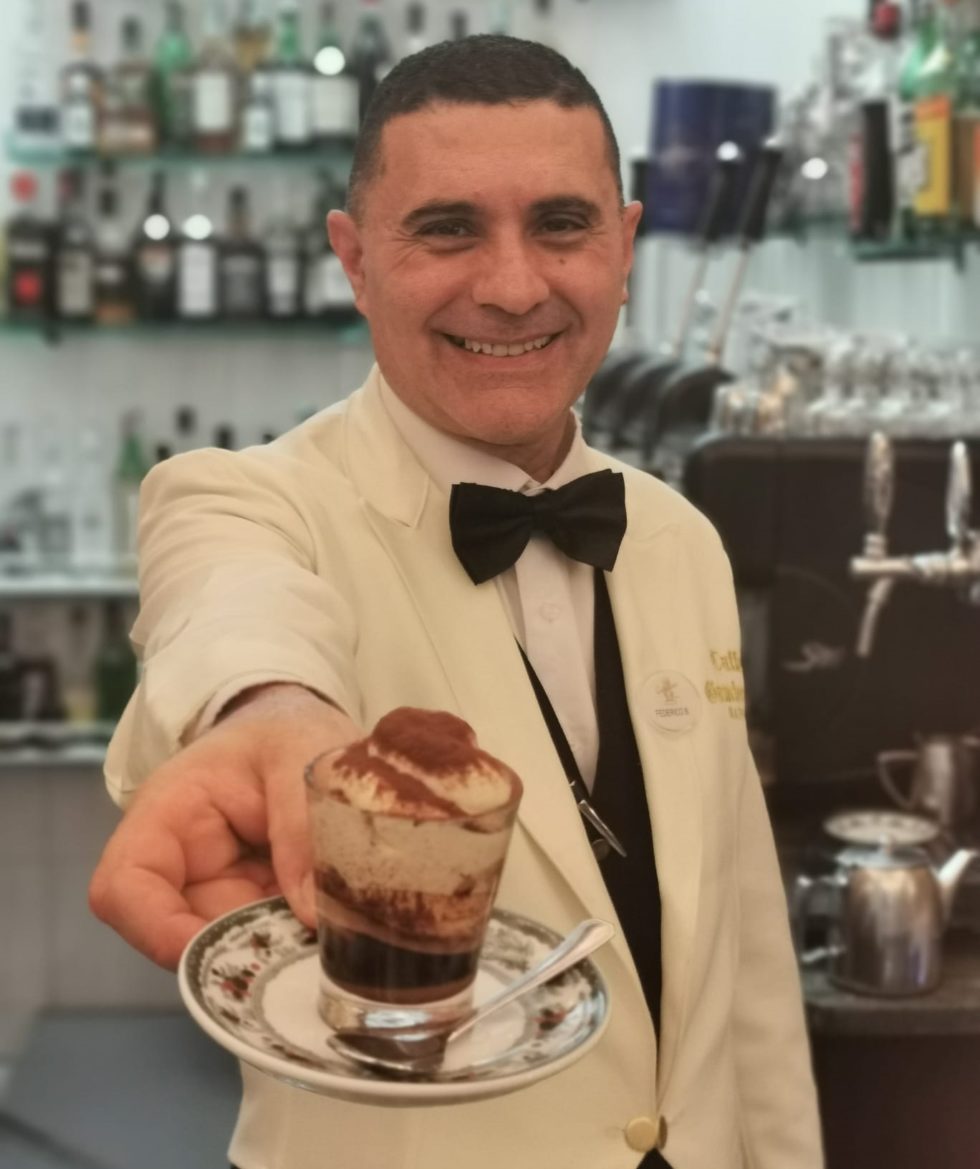 Known all over the world, it has become one of the sweet symbols of the pastry shop in the Bel Paese, conquering, thanks to its simplicity, young and old, over time it has managed to convince even the most demanding palates. We are talking about the Tiramisu proposed in Treviso in the early 1970s and which spread very quickly throughout the peninsula due to the fact that it aroused the interests of pastry chefs, restaurateurs and great chefs who soon reproduced the recipe by customizing it.

Actually tiramisu is a reinterpretation of an ancient recipe, sbatudin, a typical Treviso dessert, made with poor but at the same time energetic ingredients. In fact, it was characterized by a base of egg yolk whipped with sugar and was purely addressed to children, the elderly and convalescents. The ingredients of modern tiramisu are, however, sponge cake (which is often replaced with biscuits or ladyfingers) egg cream, coffee and cocoa. Milestone of Italian pastry, perfect to be enjoyed also in the ice cream version, as often happens for desserts, for a break of taste and style, tiramisu, while not losing its traditional taste, has recently been presented in the variants more disparate. It has changed from dessert to dish, to dessert served in a Martini glass, until it is presented in a single portion format to satisfy finger food enthusiasts. The Neapolitan pastry chefs have revisited the recipe by replacing the sponge cake with the babà creating precisely the Babà-Tiramisu.

The barista Federico Buonincontro of Caffè Gambrinus, on the other hand, proposed it in a gourmet coffee version, calling it precisely “Tiramisu coffee”. This original recipe that combines the dessert of the North with the coffee of the South immediately entered the large family of Neapolitan gourmet coffees. The ingredients are sugar cream, tiramisu cream, cocoa and, of course, coffee.

To make it at home you can start from the base, or the coffee, which we suggest you make with the capsule coffee machine because it is more similar to the espresso of the bar. The cream of sugar is made, however, by mixing 2 parts of sugar with 1 part of coffee until a light brownish creamy compound is obtained. To make the Tiramisù cream, proceed by pouring 40 grams of egg yolk and 80 grams of sugar into a cruet and whisk everything with the help of an electric whisk until the mixture is whipped. Then pour 100 cl of liquid cream for pastry and keep mixing until it whips. Finally, 200 g of mascarpone and another 100 cl of liquid cream are added. When our cream, after having been, for the last time, mounted, it will be creamy it must be inserted in a few bags. Realized all the bases we can proceed to the composition. Pour the sugar cream, coffee and Tiramisu cream into a coffee glass. Complete with a sprinkling of cocoa. It is possible to decorate it with a ladyfinger. Easy to make and good to taste Tiramisù coffee is the ideal after dinner to offer to its guests.