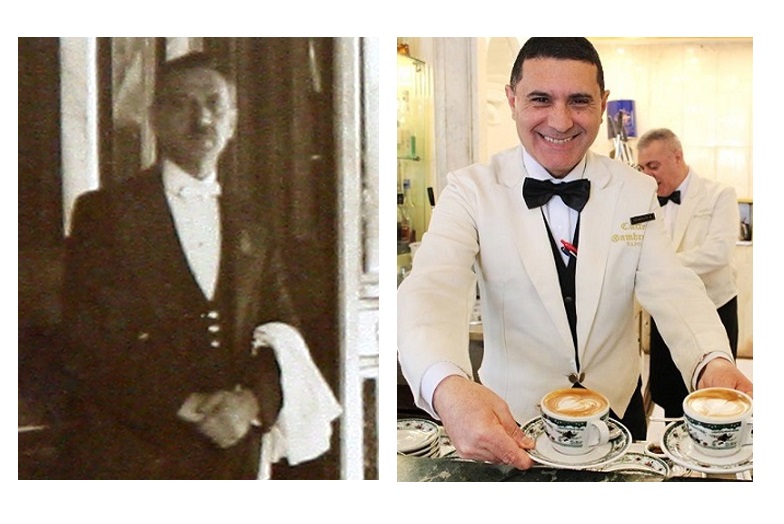 The bartenders of the past or those of the present day: who are the best?

Perhaps not everyone knows that the Neapolitan bartender is the best confidant to whom you can tell him everything and, at the same time, he is also the most suitable person to whom you can ask for advice or know the latest news. It is pleasant to have a chat in the morning between a croissant and a cappuccino with the “bartender friend” who always knows how to tear a smile or find a word of comfort to comfort you in difficult moments.

Given the great success of this professional figure, more and more young people are grappling with this very difficult and above all extremely demanding activity. It takes, in fact, a lot of experience and many years of “study” to become an expert bartender and then work in the most prestigious places in the city.

It is interesting to see how the figure of the Neapolitan bartender has evolved over the last century.

In the period from the post-war period to the end of the last century (ie the second half of the twentieth century) whoever decided to undertake this activity usually started very early, still a child. Those were difficult years in the city of Naples and all family members had to make their economic contribution at home. Those who chose to work as bartender began as “’ o guaglione do bar “, performing the most humble tasks such as cleaning, washing cups and glasses, making home deliveries and cleaning tables. Not everyone started from the “mess” (in the jargon of catering means the period of apprenticeship) because there were also those who, before starting the actual work, was trained at the hotel institutions. This, however, was a luxury for the few and most of the future Neapolitan bartenders continued to form in the field, in bars. This was not easy even considering that there were no “tutors” and the older bartenders, the only ones who could teach them the trade, were jealous of their experience and professionalism and certainly didn’t share it with their younger colleagues. Therefore, the only possible solution for a bartender apprentice was to “steal the job”, that is to observe the older colleagues and try to emulate them. For this reason, the “Neapolitan coffee school” has produced the best bartenders in Italy and many of them have gone then, some by choice those who by necessity, to work in cafeterias throughout the peninsula, almost always succeeding in conquering the seats best. Skilled at the coffee machine they brought the Neapolitan recipes (the so-called gourmet coffee) throughout the boot, teaching all Italians the art and secrets of the “tazzulella‘ e cafè “.

From 2000 to today, however, the figure of the bartender has seen a great transformation due to various factors such as globalization, the use of social media and, more generally, the change in the uses and customs of our society. If, in fact, the bartender of the past did not wear tattoos or earrings, the hair pulled back all jelly-free, no beard and always in classic uniform, today it is common to see bartenders wearing tattoos, earrings, piercings and long beards, often uncultivated. There are fewer and fewer places where waiters and bartenders wear the classic uniform (with a jacket, vest and bow tie to speak) while in most cases they can be seen with caps and suspenders rather than denim aprons and hats.

The hotel school is the rule and after the study the most enterprising begin to travel the world in search of stimuli, ideas and new experiences in foreign countries that prove to be not only extremely formative but also allow to learn other languages. Many also attend ad hoc training courses (barman for cocktails, sommelier for wine, bartender for the cafeteria). Obviously we no longer start as children but only after we have reached the age of majority (although many institutions thanks to the school-work project allow children to start working before the age of 18).

At this point the question arises: is the bartender of the past or the present day better? The answer is also difficult because it must be considered that, logically, every age has its pros and cons. But more than finding the differences, it is more interesting and constructive to look for what the various generations of Neapolitan bartenders have in common. In addition to the great professionalism and sense of duty that our professionals have always shown over the years, what unites them and makes them unique is, without a doubt, the highest attention and care for customers, the big heart for this difficult and challenging work and, above all, the great love that the bartender has for Neapolitan coffee.