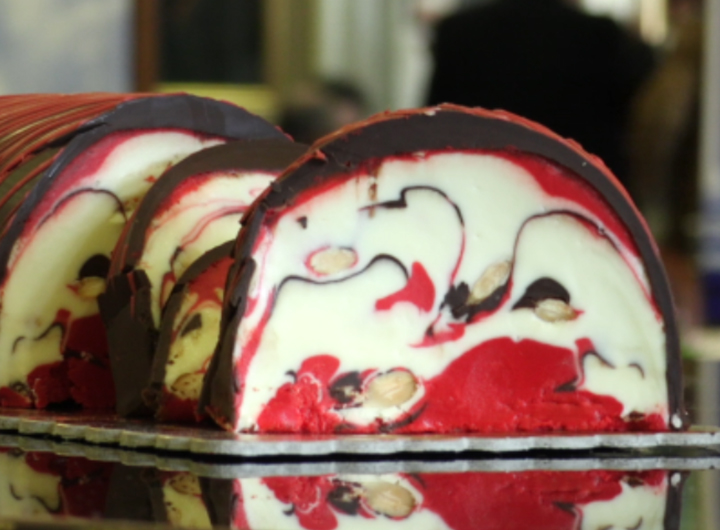 The nougat of Count Dracula

Our city is an open-air museum full of hidden treasures and little-known beauties. Most Neapolitans, however, know her little and no less his stories and legends.

It often happens to me, even though you love my city, to be surprised by the many things you can learn in / on Naples day after day.

Last week, as soon as I had, for example, I learned something that amazed me: a group of historians from the University of Tallinn in Estonia, after many years of research, said that the grave of Count Vlad Tepes of Valacchia, better known as Count Dracula or Vlad III the impaler, probably, is in Santa Maria la Nova in Naples and exactly in the small monumental cloister.

Regardless of the questionable nature of the famous character, the news has been for me yet another confirmation of how much Naples still hides many mysteries and constitutes an inexhaustible forge of interesting stories.

It could only be red this torrone as the blood of the victims of the most Vampire par excellence.

Seriously it is a delicious and original variant of the famous nougat, the sweet protagonist of the first days of November (almonds of first choice and very fine dark chocolate), with a blood-red heart.

An unusual beer party in the coffee temple