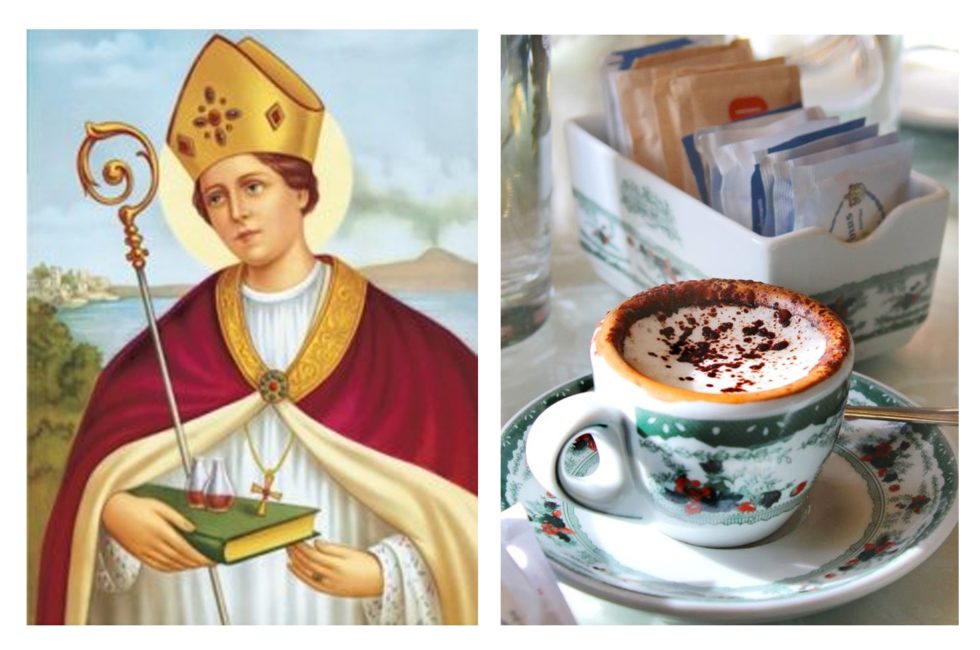 A coffee in honor of Saint Gennaro

The Neapolitan believer, when he needs divine help, has no doubt about the saint to turn to: eyes to heaven and hands joined, he begins his plea to our Patron Saint Gennaro. Beloved not only in “homeland” but also abroad and in all the communities where the Neapolitans emigrated, Saint Gennaro, bishop and Christian martyr under Diocletian, is celebrated all over the world and in New York, in the Little Italy district, every year the famous Feast of Saint Gennaro is held.

For many Neapolitan faithful, however, the relationship established with the Saint is not among the most serene, indeed, we could define it conflictual, a sort of hatred and love for instance. Saint Gennaro is loved for his miracles, especially for the “miracle” (the liquefaction of blood) which, according to popular belief, is a guarantee of protection for the city of Naples but, at the same time, it is “hated”, so say, because many believers are convinced that the Bishop of Benevento does not feel or, more likely, pretend not to hear the appeals and their insistent supplications.

So how do you get San Gennaro to listen to you and hear their benevolence? Many have tried to succeed, some with a work of art, others with a painting, others with a song, others even with a film, they wanted to pay homage to this great saint.

In the culinary field many pastry chefs felt guilty for having made cakes for some saints – one for all the zeppola for San Giuseppe – but not for our Gennaro at least until he broke the delay his homonymous Mr. Ponziani Gennaro (in fact), historical director of Gambrinus, who created the Caffè Gegè (a nickname for Gennaro, the name, as mentioned, of Ponziani and of our patron saint).

To the classic cup of coffee made at the bar is added the sugar cream, a sprinkling of cocoa, after which it teases with the help of a teaspoon and finally adds a teaspoon of cream dissolved in a bain-marie.

A coffee that will hopefully sweeten the patron saint to convince him, once again, to perform the miracle on September 19th, the day, as is known, in which it is celebrated.

The ten rules of Neapoletan coffee

The Finnish one that consumes the most coffee? No, the record is held by the Neapolitans!